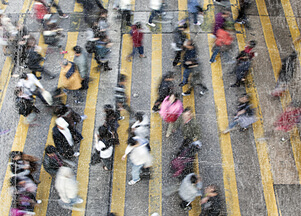 It is another summer in which America’s deep racial fault lines are being painfully exposed. Following the horrific violence in Baton Rouge, Falcon Heights, and Dallas, in a July 8 poll seven in ten Americans said race relations are “generally bad.” A National League of cities analysis of one hundred “state of the city” speeches from 2016 found that mayors increasingly view racism and inequities as major threats to progress in their cities.

While police accountability, racial bias, and respect for black lives are rightfully at the center of the public debate, the tentacles of racial inequity reach far and wide—and need to be addressed within all sectors. At PolicyLink, we believe that dismantling structural racism and advancing equity—just and fair inclusion into a society in which all can participate, prosper, and reach their full potential—is the central challenge of our time. As America bolts toward its more multicultural future, the costs of our yawning racial gaps in education, employment, income, health, and wealth will continue to grow. Already, more than half of all children under age five are people of color. Ensuring they have the resources and opportunities they need to invest in their future and contribute their skills to building a more sustainable, “next economy” is an economic imperative for our nation. (Read more)

HELEN webinar: “Paying for Quality: What is the Impact on Health Equity?”