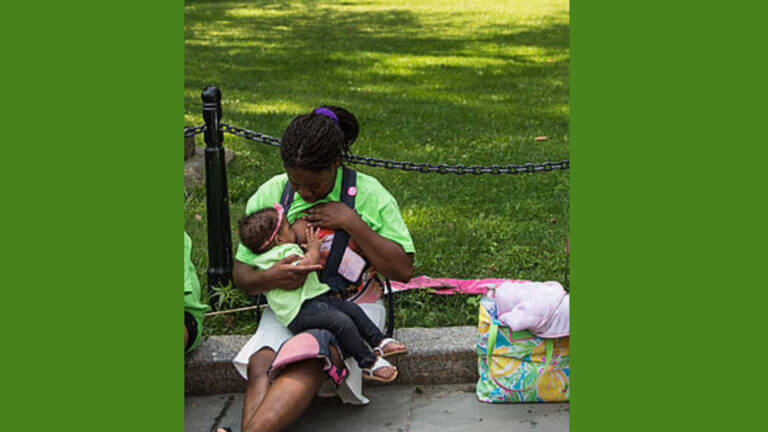 Women breastfeed their children outside New York City's City Hall during a rally to support breastfeeding in public. (Photo by Andrew Burton/Getty Images)

This 400th anniversary of the arrival of the first enslaved Africans to the shores of Virginia on August 25, 1619 was a time for African Americans to re-assert our full humanity. As a mother, holistic doctor and longtime advocate of the benefits of breastfeeding, I am moved that this anniversary also fell at the beginning of National Black Breastfeeding Week which is celebrated between August 25 to 31.

There are many things we cannot control about living in a society that is steeped in the fallacy of a belief in racial hierarchy, which spreads racism and conscious and unconscious bias through society.

However, mitigating disease risk and enhancing the development of our babies through optimal breastfeeding is an area of potential agency for us. It is a form of control and power; a way to resist and counter slavery’s legacy of separated families, loss and maternal trauma.

Nested within National Breastfeeding month is a week dedicated to African American mothers, families and health advocates to focus on breastfeeding in our community and the public policies needed to support mothers providing this crucial “first food” for our children.

Our goal is to make breastfeeding a cultural norm for Black families in the United States; and to eliminate disparities in the rates of initiating and sustaining breastfeeding throughout the first year of our babies’ lives.

Currently, only 64% of Black infants receive their mother’s milk as their natural first food, and the Centers for Disease Control (CDC) reports that breastfeeding initiation rates were significantly lower among Black infants in 23 states.

The American Academy of Pediatrics recommends exclusive breastfeeding for six months. Solid foods can be introduced at six months, but access to mother’s milk should be sustained throughout the entire first year of life, at a minimum.

The 21st century has generated a global consensus about the benefits of breastmilk. It provides ALL the nutrients, vitamins and minerals babies need in the first six months of life. Additionally, breastmilk delivers protective antibodies to thwart infectious diseases and establish a healthy intestinal bacterial environment needed throughout life. The benefits don’t only accrue to the babies; breastfeeding reduces mothers’ risks of breast cancer, obesity and diabetes.

Given the persistence of health inequities, especially of our vulnerability to stress related chronic illnesses, the proven health benefits from optimal breastfeeding — physical and psychological — must make support of breastfeeding a top priority for African Americans.

Cultural norms are the standards we live by, they are shared expectations and rules (often unspoken) that drive our behaviors. I became a grandmother almost a year ago and I can joyfully report that my grandson, daughter and son-in-law are still a breastfeeding family. I say family to emphasize the importance of fathers, as well as mothers, in breastfeeding success. My daughter and her family have beaten the odds.

According to data from the CDC, African American families initiate breastfeeding at lower rates, our babies are less likely to be exclusively breastfed at six months or continue receiving any mother’s milk at 12 months.

Like any other cultural norm, we learn to prioritize breastfeeding from our families, friends, from the media, in schools and throughout our institutions.

I want to applaud Kimberly Seales Allers, an author and leading advocate for Black women’s health, for proposing the idea of Black Breastfeeding Week in her blog more than 10 years ago.

It’s a sweet irony that the date coincides with the Jamestown Anniversary date. Our sojourn as an enslaved people in this country began at the beginning of this week on August 25th four centuries ago. However, our health and well-being as an emancipated and resilient people require us achieving optimal breastfeeding rates.

Slavery found unspeakable and immeasurable ways to exploit the Black body, particularly the bodies of African American women. Forced wet-nursing or breastfeeding white babies was one form of exploitation of Black women during the centuries of enslavement. Some believe that even today this memory and legacy continues to serve as a barrier to embracing breastfeeding as a cultural norm within the Black community.

There are many other economic and policy barriers to be addressed. Black women are more likely to work in lower paid, non-union, contract and temporary jobs and not receive any paid maternity leave to allow them time to establish a solid breastfeeding pattern. The same employers are often not required to adopt the breastfeeding friendly requirements in the Affordable Care Act (Obamacare or the ACA). Obamacare requires larger employers to provide breaks and appropriate spaces for expressing milk for nursing mothers. The ACA also required insurers to cover costs of breastfeeding equipment and supportive services such as help from lactation counselors.

I have been an advocate for breastfeeding throughout my career as a holistic doctor. As Vice President for Food, Health and Well-Being at the W.K. Kellogg Foundation, I created and oversaw a strategic initiative to help close racial gaps in breastfeeding rates. We invested tens of millions of dollars over a decade and helped spur the new consensus that breastfeeding matters as public health policy. The 2011 Surgeon General’s Call to Action to Support Breastfeeding was among the many coordinated national efforts to foster new momentum.

While overall rates have improved, racial disparities remain. Let’s leverage this momentous anniversary of the African American community by affirming two firsts: the arrival of our ancestors and their central role in building this nation and the central role of nature’s first food, mother’s milk in fostering our capacity for resilience and thriving against all odds! (Posted in The Grio) 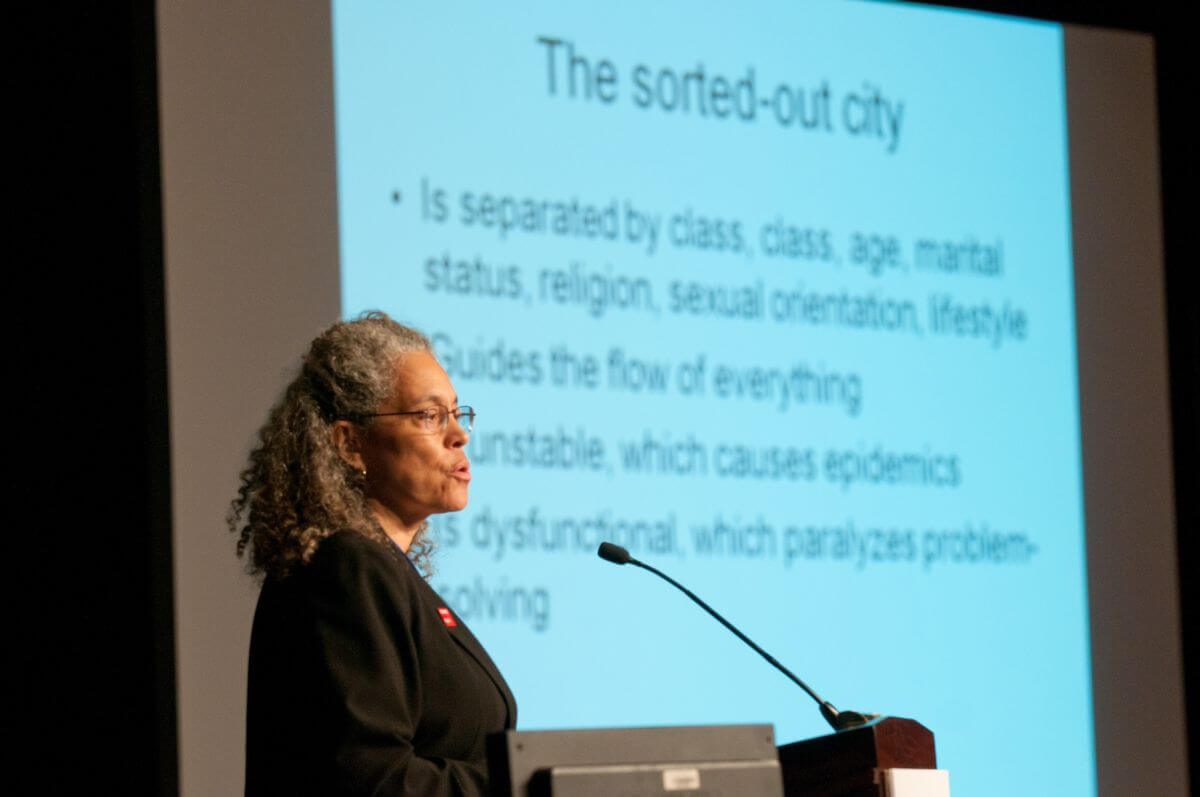