NCHE Statement on Violence in Charlottesville

The National Collaborative for Health Equity strongly condemns the violence that resulted in at three deaths and dozens of injuries in Charlottesville, Virginia on Saturday, August 12, 2017. Our hearts are heavy, both because of the senseless injuries and loss of life, as well as the boldness of those motivated by hate to openly bash racial, religious, and sexual minorities. The fact that they felt so free to engage in hate speech and actions speaks to the depths to which our nation’s discourse has descended.

But we are confident that hatred will not win the day. The vast majority of Americans are repulsed by what we witnessed on Saturday. Now it’s up to all of us to condemn it.

To that end, President Trump’s statement that violence “on many sides [must end]” is inadequate. State and local officials are clear – racist, xenophobic thugs congregated in Charlottesville to incite violence. They must be prosecuted to the full extent of the law. As importantly, the false information that they have been fed – what white Americans are discriminated against in employment and education, that Christianity is under attack in the U.S. by proponents of Sharia law, etc. – must be denounced by the news organizations that purvey it.

On the positive side, it was inspiring to see so many activists – led by clergy and other leaders in civil society – come together to denounce intolerance and peacefully stage counter-protests. Should we heed its lessons, Charlottesville could be the Selma of this generation – a tragedy, but also a wakeup call that mobilizes broad sectors of our nation to declare that we will not accept hate.

We extend our prayers and condolences to the victims, as well as their families and friends, of the senseless hate-inspired violence in Charlottesville. And we look forward to continuing to work with the many leaders across the United States who are combating racism and intolerance with love and non-violence to help build a Culture of Health.

Huge Racial Disparities Found in Deaths Linked to Pregnancy
A Guide: What to Do if You See Islamophobia 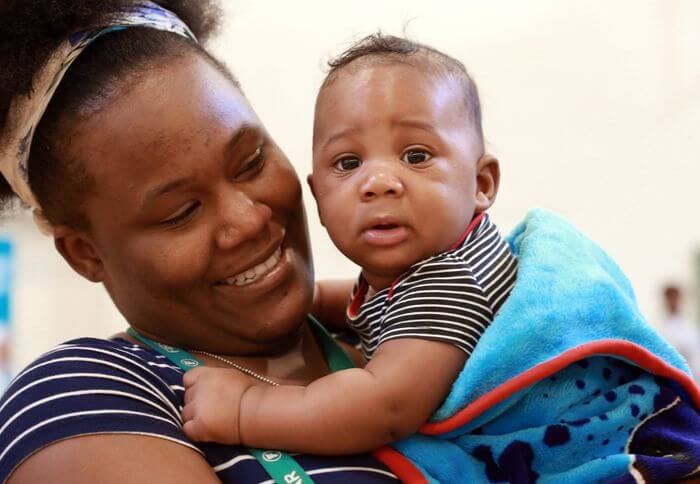