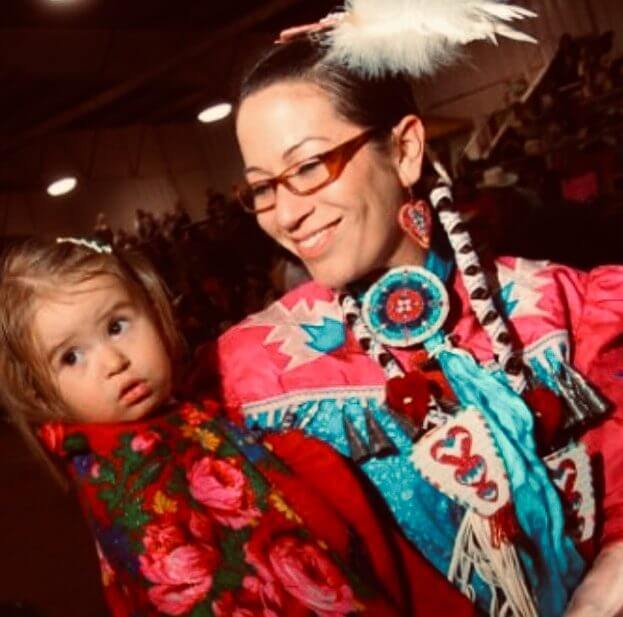 Tirzah is a mixed-race/Indigenous/queer community organizer who has been at the forefront of racial and queer justice initiatives in the rural Southwest for over 20 years. They were born in the Bay Area, California. Their family was an active component of the Urban Indian community there, where activism and intertribalism flourished. They have found that the way in which they were introduced to activism and movement-making (American Indian Movement leaders, Alcatraz occupation, etc.) came with a directness and fierceness many were not accustomed to in rural “Colorado.” Organizing people, resources and ideas for change has always been the center of Tirzah’s daily life, exhibited by the intentionality of where they apply their energy and labor: be it civic engagement (leading the Community Relations Commission for the City of Durango and building and mobilizing subcommittees), queer youth organizing, building out a mutual aid network, or local policy change. Over the last three years, they have had the occupational opportunity to apply their organizer background to their immediate community via philanthropic support/a large private foundation. That positionality came with its own challenges and insights, and they are in a place now seeking healing and support from that learning. Tirzah deeply understands the depths of systemic racism where they live, and has been supported in that analysis. Now,, the framework in which they were operating has shifted around them, but the severity of the work remains the same. They desire only to advance their organizing skills, networks and practices for communal and personal/emotional sustainability. Tirzah knows that change will only ultimately come with Indigenous involvement, real historical analysis/narrative ownership, healing practices, decolonization and revolutionary reimagining.

Tirzah regularly addresses erasure, systemic oppression and dehumanization tactics in their community organizing work in the rural Southwest. Overt romanticism of The West and the glorified narrative of colonization continues to drive tourism and the commodification of Indigenous people and culture at a surface level. How tokenization, stereotypes, image, art and cultural appropriation relate to racism as a public health crisis is a constant point of focus. Their work involves cross-sector examination of race-based inequities, power-building outside and inside of systems simultaneously, and creating energy and action around the possibility of weaving together decolonial theory and existing colonial institutions. Through this program, they hope to gain fresh insights, share organizing tools and rest practices, and learn how this work might apply to other place-based initiatives in different parts of the country.