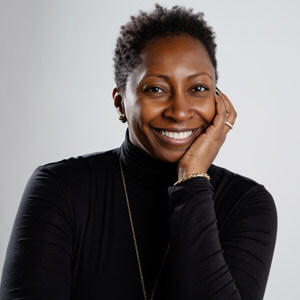 Rita Fields serves as the chief talent & strategy officer for Lighthouse Michigan. She is also a dual CEO of both 313 Industries, Inc., and Copper Phoenix Consulting, LLC. Rit is on the faculty of the School of Management at University of Michigan (MSU) and in the healthcare administration at Central Michigan University. She is also a dissertation advisor in the PhD program at Assumption University in Bangkok, Thailand. Rita is a Society for Human Resource Management (SHRM) Certified Senior Professional of Human Resources (SHRM-SCP), and a lifetime member of the National Association of African Americans in Human Resources (NAAAHR). She serves as a spokeswoman for the Center for the Education of Women at the University of Michigan and as a member of the U.S. Economic Development Administration (EDA) University Center for Regional Economic Innovation (REI) at the MSU Center for Community and Economic Development.

Rita is a board member of the Coalition on Temporary Shelter (COTS), the Metropolitan Detroit Black Business Alliance (MDBBA), and the Black Business Association of Macomb, and a member of the board of trustees at Sinai Grace Hospital in Detroit. Crain’s Detroit Business named her among “40 under 40” in 2008. She was selected to be a presenter at TEDxDetroit in 2015. In 2019, she was named Outstanding Lecturer in the School of Management at University of Michigan (Flint). In 2020, she was named the inaugural executive in residence for the Community Impact Incubator based in Detroit, Mich. She is a sought-after speaker for her transparent commitment to sharing her story of struggle and resilience.

Rita is co-spearheading a new Diversity, Equity, and Inclusion (DEI) initiative within Lighthouse Michigan. Lighthouse was established in 2019 when Lighthouse of Oakland County (LOC) and South Oakland Shelter (SOS) combined forces and merged agencies. LOC was founded in 1972 and provided food and clothing from the back door of a local church. SOS was established in 1985 in Oakland County. The new Lighthouse will leverage the best of both agencies, providing direct services (food, shelter, rental/utility and other financial assistance, clothing, crisis referrals) and stability and housing programs that support self-sufficiency. As a former client who is currently a member of the senior executive team, it is important that Lighthouse employees recognize and respect the impact of institutionalized racism on the vulnerable populations we endeavor to serve.