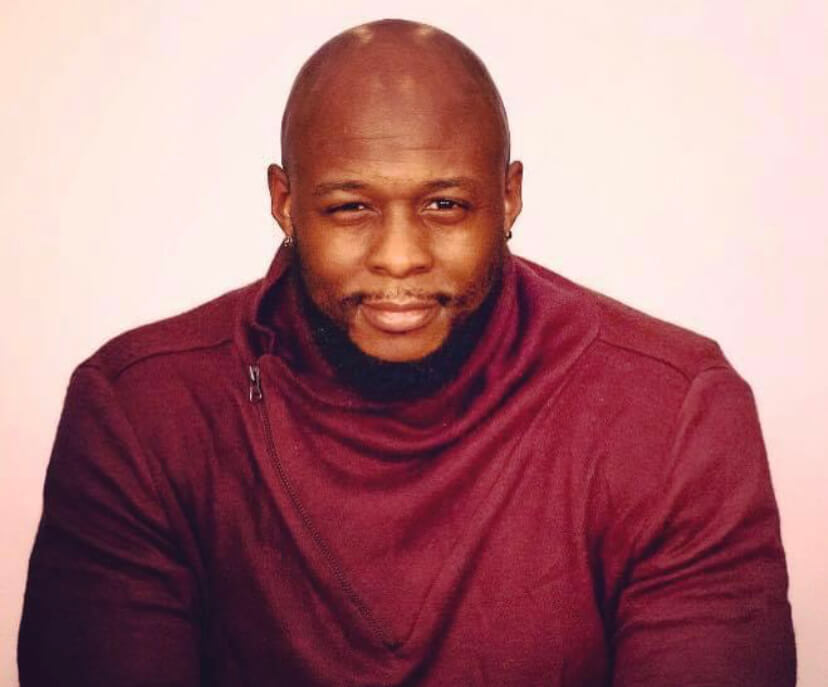 His birth name is Daniel Bowden. His pseudonym is Messiah Equiano. Messiah is from a neighborhood on Chicago’s South Side that is predominately African-American. For elementary and high school, he attended Catholic schools that were mostly Caucasian. His community and educational upbringings gave him a well-rounded understanding of race, class, religion and a host of other prevalent topics. Messiah has 20 years of sales experience. He’s sold everything from job postings to carpeting.

His community and educational upbringings and professional sales career, along with life’s collective experiences as a Black male in America, have all given Messiah a well-rounded view of race in America. In addition to his professional career in sales, he’s also emerged as a playwright. Since 2009, he’s been fortunate to write, produce, direct and star in 10 original stage plays to date. One of his plays, Man Law–produced in 2016—explores the historically turbulent relationship between the Black community and White police officers. Man Law examines why confrontations with Blacks and White police officers occur, what each participant might be thinking as the confrontation takes place, and ways to increase the peace between the two sides. Messiah premiered the play in Chicago on July 24, 2016. The game-changing aspect of the premiere was the attendance of both community residents and police officers. Both sides joined in powerful discussions regarding race and community policing that led to the beginning of healthy, productive relationships.

Currently, CHI-RISE is in the midst of its annual Winter KickBack Series. In association with The Chicago Parks Foundation, CHI-RISE has hired 15 Chicago teens and young adults to produce two peaceful and fun events for Chicago residents to attend and enjoy during the holiday season.