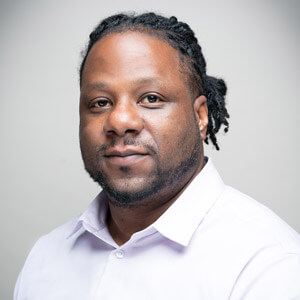 Marlon Chamberlain is an advocate for people directly impacted by the criminal legal system, and the manager for Fully Free, the campaign to end permanent punishments in Illinois. He brings over 20 years of lived and professional experience to his work at Heartland Alliance.

Marlon has an established track record of creating effective coalitions. Previously, he served as the Englewood project manager with the READI Chicago Program at Heartland Alliance. Prior to that, he was a community organizer with the Fighting to Overcome Records and Create Equality (FORCE) Initiative. Marlon developed FORCE into one of the strongest organizations led by people with records to advance issues, policies, and legislation at the state level, including passing the largest conviction-sealing expansion law in the United States and leading a voter registration campaign that registered over 1,000 people with records to vote.

Marlon is very active in the community. He is a founding member of the Restoring Rights & Opportunities Coalition of Illinois (RROCI), chairs the Live Free Decarceration Advisory Committee, and is an alumni of JustLeadership USA, a national organization with a mission to reduce the U.S. prison population by half by 2030. In 2013, Marlon received the Purdy Award from the Community Renewal Society in recognition of his outstanding leadership in organizing and policy work. And in 2017, he received the CARRE Visionary Award from Safer Foundation. Marlon lives on the South Side of Chicago with his wife and five children.

Marlon brings more than 20 years of lived and professional experience to this work. He is dedicated to building space for directly impacted individuals to heal from the harmful impacts of incarceration and develop the skills to speak truth to power to transform the criminal justice system. Marlon hopes to develop new relationships to learn and grow as a leader, and develop skills to help him continue to build a powerful movement led by formerly incarcerated people.