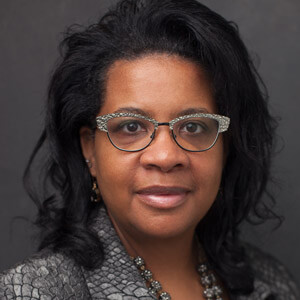 Angela A. Allen-Bell’s professional pursuits have largely involved civil and human rights; racial equity; social, transformative and restorative justice; and the interplay between race and justice. It was her research that catapulted the recent movement to end the use of non-unanimous juries in Louisiana. And she is one of the founding members of the advocacy team that led this reform effort. Prior to this, Angela worked on several other historic advocacy campaigns, such as the Angola 3 case, the case of Soledad Brother John Clutchette, and the case of Robert Holbrook.

Angela has made many media appearances and participated in many local, national, and international collaborations to discuss her scholarship and advocacy work, including La Presse (France), Le Nouvel Observateur (France), MSNBC (News Nation with Tamron Hall), NBC Nightly News, and National Public Radio (All Things Considered). She has twice submitted written testimony to the United States Senate’s Judiciary Committee on the Constitution, and she has been published in or quoted in a range of print media sources, such as the Washington Post, Russia Today TV, the New Yorker, the Huffington Post, and the Advocate.

Angela is a member of the National Black Lawyers-Top 100 and The Fellows of the American Bar Foundation, two invitation-only societies. In 2019, the Girl Scouts Louisiana East recognized her as a Woman of Distinction, and she received the National Civil Rights Conference Civil Rights and Social Justice Award. Her signature trait is a never-ceasing desire to eradicate racism and dismantle systems of oppression.

Angela hopes to continue and expand on her efforts where race, law, and justice intersect. Her goal is to engineer a criminal justice transformation whereby crime and conflict are situated in proper context‚ harm to people as opposed to violations of law. To achieve this desired reform, her committed attention will be devoted to identifying, exposing, and confronting systemic inequities in the justice system, and fashioning alternative practices, customs, laws, policies, and strategies that ensure a reimagined and sustainable model built upon a foundation void of racial hierarchies and one with racial equity as a calibrator.