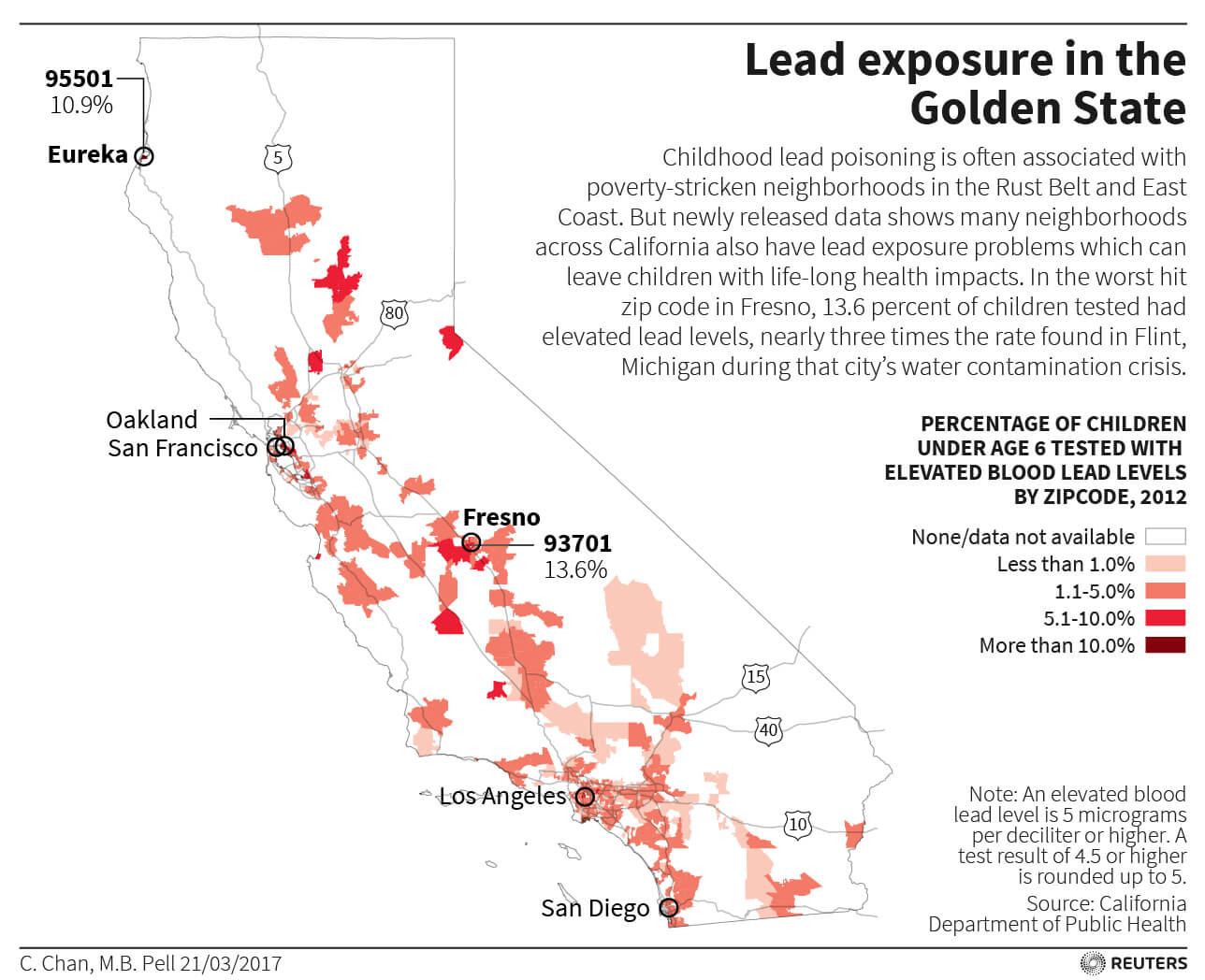 By Joshua Schneyer and M.B. Pell

The data shows how lead poisoning affects even a state known for its environmental advocacy, with high rates of childhood exposure found in a swath of the Bay Area and downtown Los Angeles. And the figures show that, despite national strides in eliminating lead-based products, hazards remain in areas far from the Rust Belt or East Coast regions filled with old housing and legacy industry.

In one central Fresno zip code, 13.6 percent of blood tests on children under six years old came back high for lead. That compares to 5 percent across the city of Flint during its recent water contamination crisis. In all, Reuters found at least 29 Golden State neighborhoods where children had elevated lead tests at rates at least as high as in Flint. (Read more)