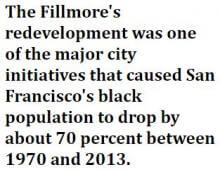 Over the phone, Candy Smallwood sounds burned out. “This’ll be a great job for someone else – but not for me.”

The attorney at the Housing Rights Committee of San Francisco is two weeks away from leaving her post as the outreach coordinator for RAD, the acronym for the federal government’s “Rental Assistance Demonstration” scheme, which may lead all of the country’s public housing to become at least partially privatized.

RAD could mean fewer bedbugs, more dependable elevators and other fixes to problems that plague the city’s 6,000-plus public housing units. But some tenants and housing rights activists are worried the program is just another step toward dismantling public housing altogether.

Smallwood says it’s been tough getting tenants excited about the possibility of improved living conditions when they’ve “been promised multiple times over the years that their buildings are going to get better . . . With a lot of residents, it’s ‘Well, I’ll believe it when I see it.’ ”

Americans Want to Believe Jobs Are the Solution to Poverty. They’re Not.
Democrats call for Congress to take action following death of George Floyd 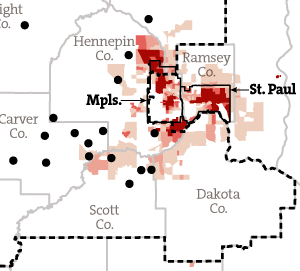