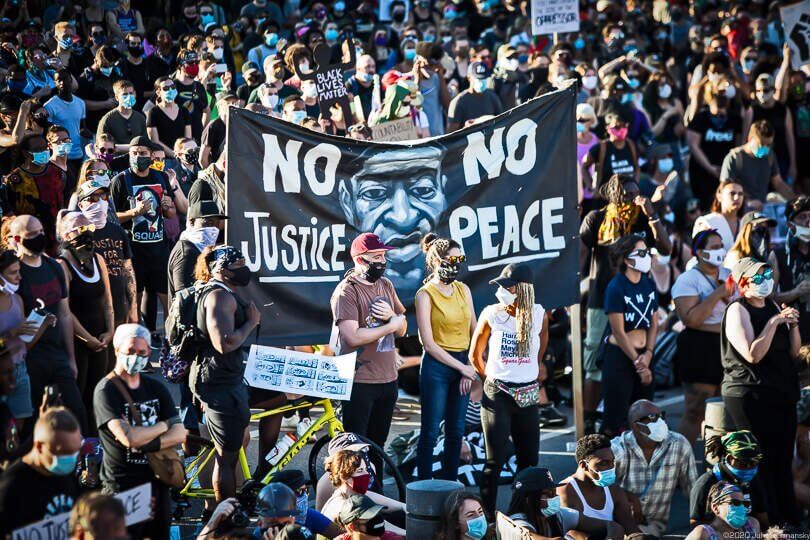 On June 3, just hours before New Orleans police tear-gassed a group protesting racial violence, Jesse Perkins, a Black veteran, called out the many shades of racism and violence his community faces daily.

“What they inflicted on us was a slow violence. What is happening every day to these Black men on the street every day is violence. But it is all relative,” said Perkins, who lives in a house built on a toxic Superfund site in the Upper 9th Ward’s Gordon Plaza, a Black neighborhood. “That is why I’m here connecting the dots. Violence is violence. Racism is racism, whether it is environmental racism, whether it is racial profiling, whether you walk on the streets and get your brains knocked out by some guy who has taken an oath to uphold the law.” (Read more)

Black, Latino Two-Parent Families Have Half The Wealth Of White Single Parents