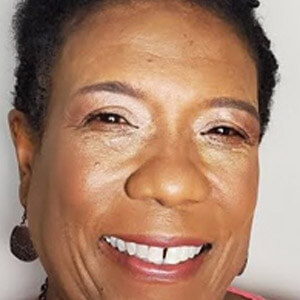 In December 2020, Cheryl Miller started working for Southside Together Organizing for Power (STOP) as their Public Health Organizer. Her primary campaign is to push the city to reopen mental health centers closed by previous Chicago mayors, and to create a citywide non-police mobile crisis response program for mental health calls. Although this is her first job as a professional organizer, she has been a lifelong activist, starting in middle school, when she spent her lunch break picketing with United Farmworkers supporters at the local A&P grocery. She also helped organize Take Back The Night marches and worked on campaigns for reproductive rights and against domestic violence.

As a member of the ACT UP Women’s Caucus, Cheryl helped organize numerous actions, including the successful campaign that pushed Cook County Hospital to open up beds for women on the AIDS ward. She has been active in many campaigns around LBGTQIA rights, including housing and employment rights, and helped organize the first LBGTQIA March On Washington. Cheryl was also a co-founder of the TWAT Team (Theater With Alienating Tendencies), a guerilla street theater troupe of five women formed to protest the Gulf War.

She was a Chicago cab driver for more than 20 years and helped establish the first official Chicago cab drivers’ union, Cab Drivers United. Cheryl has held numerous conversations about race with people from across the U.S. and other countries. Engaging in those difficult conversations taught her the value of mutual sharing and deep listening.

Cheryl is excited to be a part of the movement to build a public care infrastructure in Chicago. She advocates for expansion of the public mental healthcare network, specifically, opening more public mental health centers and creating a citywide non-police crisis response program. She believes that the creation of this infrastructure is necessary to address structural healthcare injustice in the city—injustice resulting from deliberate and purposeful divestment from communities of color.