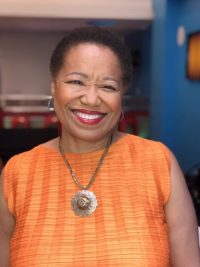 President Joe Biden recently signed into law the Respect for Marriage Act. This landmark United States federal law passed by the 117th U.S. Congress repeals the Defense of Marriage Act (DOMA), requires the U.S. federal government and all U.S. states and territories to recognize the validity of same-sex and interracial civil marriages in the U.S., and protects religious liberty.

While we must all applaud this amazing bi-partisan breakthrough, we should all be appalled that such a law was needed in this democratic nation, in this the 21st-century. Why is there a need to protect a fundamental human right and freedom for adults to love and marry interracially or to a person of the same gender? I think the answer is because America is a nation and a democracy that is yet becoming. We are, in the global context, still a young nation learning how to be a multiracial, multi-ethnic, diverse, self-governing democracy. We still have a lot of work to do.

Congressional and presidential leadership are a vital part of this important work. I am reminded of the leadership of President Franklin D Roosevelt, who galvanized and lifted the consciousness of the American people by reminding them of the meaning of democracy in a time when the Great Depression was limiting hope. In his 1941 State of the Union address, President Roosevelt articulated four freedoms – the freedom of speech, freedom to worship, freedom to be free from want and freedom from fear.

It was another iteration of our founding principles, every person’s right to life, to liberty, and to the pursuit of happiness. But here we are in 2022, still needing to codify into law a fifth freedom – a freedom to love. I believe this is our most important freedom. And although it was not articulated by then President Roosevelt or by the founding fathers, freedom to love is the required element in a lasting democracy. By signing this legislation, President Biden affirmed this truth.

It is also meaningful that this freedom became law during the same week that the White House hosted a summit of leaders from 49 African countries. During this summit, President Biden spoke directly about what he described as America’s original sin of slavery: “We remember the stolen men and women and children were brought to our shores in chains…My nation’s original sin was that period.” There is a clear relationship and through line from this original sin and the present day need for the landmark Respect for Marriage Act. Denial of a person’s freedom to love and marry is a denial of a person’s humanity. The institution of enslavement of Africans and the decimation of Native American people could only have been justified by denying our humanity.

It is time for America to begin the real work of seeding and growing a democracy capable of valuing the humanity of all people. This requires developing the skills and the capacities to begin to see ourselves in one another, to develop automatic responses of empathy and compassion needed to build bridges of trust that are required for carrying the weight of the truth of our nation’s inhumane and horrific past acts. While laudable, the Respect for Marriage Act is like a tourniquet applied to the bleeding limb of a wounded soldier; it will only be lifesaving if the body receives the care it needs immediately. For America, that care is the will to move forward, to heal and repair the vestiges of past wrongs, and create and sustain equitable communities.

The immediate care that our national body politic requires is an investment to create and support a new cultural infrastructure, a psychological emotional infrastructure of love and caring that is strong enough to withstand and repel the attacks of false narratives and hate, driven by nefarious motives for power and control. The good news is that communities and college campuses are doing this work all across America. Philanthropy is supporting their efforts. But the original sin was committed by this federal government and enforced for centuries by all branches of our government. America’s national, state, and local governments organized and institutionalized lovelessness throughout history. People were lynched and brutalized, families were destroyed, women were raped and children were taken. All this was done in the name of a belief in a false hierarchy of human value. A unified and robust correction is long overdue.

Congressional efforts are currently underway through H.Con.Res.19 – Urging the establishment of a United States Commission on Truth, Racial Healing, and Transformation and H.R.40 – Commission to Study and Develop Reparation Proposals for African Americans Act, introduced by Congresswoman Barbara Lee and Congresswoman Sheila Jackson Lee. Both H.Con.Res.19 and H.R.40 have significant co-sponsorships –168 and 196, respectively in the 117th Congress. In this time of increasing and expanding polarization, congressional and presidential leadership are critically needed to further these efforts to assure the viability of our democracy by building our capacity to love one another equally as human beings.

For America, freedom to love is the beginning of our transformation. 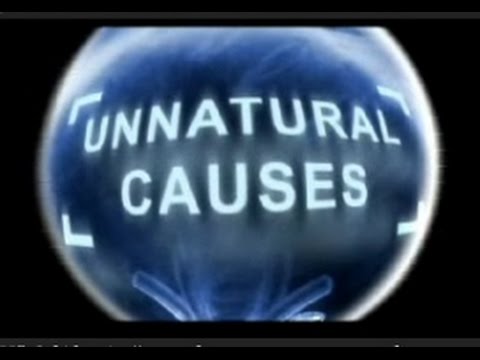 RACE – THE POWER OF AN ILLUSION: The Genesis of Discriminatory Housing Policies
Teachers are not the problem, poverty is
Exclusive: New Report Shows Gentrifiers Use Police to Terrorize Communities of Color—Without Even Calling 911
© 2023 All rights reserved.
David Taylor Digital | Digital Marketing Agency